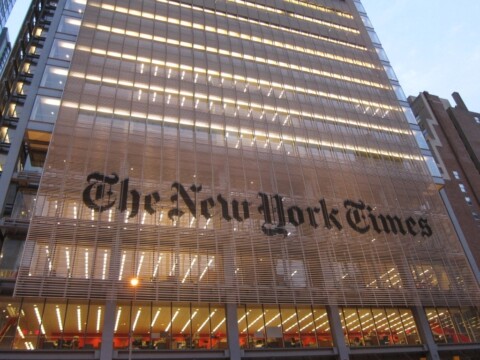 The New York Times has published a provocative series on the problems with legal arbitration. Photo by Bosc d'Anjou via Flickr Creative Commons.

‘Blockbuster’ stories on not getting your day in court

The New York Times today published part three of a provocative legal series on how corporate America effectively takes advantage of millions of Americans by forcing them to arbitrate disputes rather than file class-action lawsuits. Times Deputy Managing Editor Matt Purdy called it via Twitter, “A blockbuster NYT investigation: Arbitration Everywhere, Stacking the Deck of Justice.” As the Poynter Institute puts it, “Companies essentially goad us into giving up a chance for a day in court and are a reason for a ‘profound shift’ in the legal system not understood by most, even many lawyers.” (The New York Times) Today’s entry in the series specifically focuses on how “through arbitration, religion is being used to sort out secular problems like claims of financial fraud and wrongful death.”

Part 3 of the blockbuster NYT series: In Religious Arbitration, Scripture Is the Rule of Law, via @nytimes https://t.co/jwCOer2EQq
— Matt Purdy (@mattbpurdy) November 3, 2015

The New York Times had its own arbitration experience

Did the Times learn of this issue from experience? The Newspaper Guild of New York and The Times reached an agreement last March regarding circumstances surrounding layoffs for several of the paper's employees. "'The Guild felt confident in prevailing through the arbitration process,' said Unit Chair Grant Glickson in a guild news release. 'But we believe that a settlement was in the best interest of our members, who can now take their considerable talents and move on in their careers without going through a grueling legal battle.'" (The Washington Post)

The case of Bill Cosby and his alleged treatment of women took a turn when part of a deposition was published by the New York Times this month.

In it, Cosby defended himself for a lawsuit filed by a young woman who accused him of drugging and molesting her.

A federal judge unsealed a 62-page memorandum of law in the case, which had been settled in 2006. The memorandum contained excerpts from the deposition, including Cosby’s acknowledgment that he had obtained quaaludes as part of his effort to have sex with women. The Times later learned that the transcript was already publicly available through a court reporting service. (New York Times)

How did it become available? Writing in the Daily Report, an Atlanta trial lawyer says merely including a confidentiality provision in a settlement agreement may not be enough to prevent public disclosure of deposition testimony given in a lawsuit. At the same time, obtaining a deposition transcript may not be as easy as The New York Times makes it sound, he says. (Daily Report)

Not surprisingly, Cosby’s attorneys want to look into whether the plaintiff’s attorney was involved in the deposition transcript release. He also filed a notice of appeal to the U.S. Court of Appeals for the Third Circuit saying he will appeal an order unsealing certain documents. (The Legal Intelligencer)

And while discussions about this 2006 deposition go on, a new deposition will happen in the next few months. Attorney Gloria Allred, who represents 17 Cosby accusers, says a judge in Santa Monica, California has ordered a new deposition by Cosby, to be given under oath no later than Sept. 30. (USA TODAY)

State Supreme Court in Manhattan. Photo by Beyond My KenCategory:Architectural sculptures, via Wikimedia Commons.

The recent revelation that a court reporter in New York typed gibberish and impacted the transcripts of 30 court cases prompted a flood of reports, as well as a debate in The New York Times about the use of court reporters.

The New York Post quoted the reporter, Daniel Kochanski, as well as his father and ex-wife in a story that was published last Friday. The men cited alcohol abuse as a cause of the behavior.

“The pressure of that job pushed him over the edge, leading him to lose everything,” the ex-wife told the Post.

The missing records impacted six trials and at least two dozen other proceedings of the State Supreme Court in Manhattan.

Debate ensues In The New York Times’ first report on Kochanski, a supervising attorney handling an appeal related to the Kochanski situation said, “Why are we in this 18th-century system where someone is taking it down in their own indecipherable notes?”

A spokesman for the Office of Court Administration said in the Times, “This is a complete anomaly. The court reporters perform an incredibly difficult task every day and do it in an extraordinary way.”

Are court reporters necessary? The Times later published a Room for Debate post on its website in which legal professionals took sides on the issue of court reporting vs. digital recorders, headlined “Are Court Stenographers Necessary?”

You can read more here, as well as comment on the issue.

Huseby hires only the very best reporters. Each reporter is screened before hiring to ensure his or her work meets the company’s high standards. When a reporter wishes to work for Huseby, an account executive follows a stringent reporter review process.

Our office in Manhattan is at this location:

Looking for help in a different city? Call a Huseby scheduler and ask. We have more than 4,000 conference room suites worldwide ready for you to use today. (800) 333-2082.