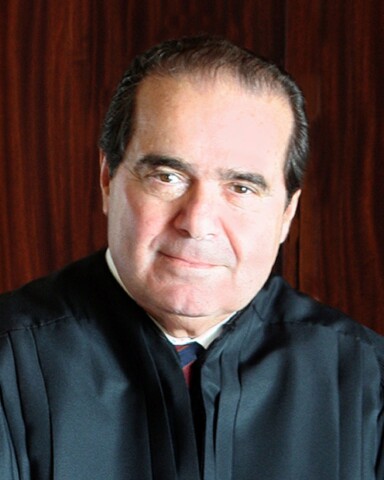 Antonin Scalia, associate justice of the Supreme Court of the United States, made headlines with a remark during arguments in the latest affirmative action case.

U.S. Supreme Court Justice Antonin Scalia “drew muted gasps in the courtroom when he made a remark about black students during arguments about affirmative action.” (The New York Times) During the arguments, Scalia alluded to a theory called “mismatch” saying, “There are those who contend that it does not benefit African Americans to — to get them into the University of Texas where they do not do well, as opposed to having them go to a less-advanced school, a less — a slower-track school where they do well.” (The Washington Post)

The reaction to Scalia’s comments has been mixed. While some commentators took him to task, and some even have gone so far as to call him racist, there are others who don’t think he went too far, including liberal University of Chicago law professor Geoffrey Stone, who said:

"The outrage and condemnation sparked by this comment is completely unwarranted. Justice Scalia's comment, which asked about the merits of an argument frequently made against affirmative action, and which was made specifically in briefs before the Supreme Court in this very case, was perfectly appropriate. As is often the case, Justice Scalia might have helped himself by framing his comment in a more sensitive manner." (The Huffington Post)

From all of us here at Huseby Inc. Court Reporting, we wish you a speedy and full recovery.

The U.S. Supreme Court’s refusal to allow camera’s in the courtroom has prompted a viral video that features stand-ins for the justices and other court officials -- including a chicken portraying a court reporter.

As Reuters news service points out, the video has received more than 2 million views on YouTube. While lots of viewers are enamored with the bulldog that plays Antonin Scalia and the poodle portraying Samuel Alito, we’re mostly taken by the hen that pecks away at a court reporter’s keyboard.

In the viral video, they reenact Holt vs. Hobbs, which is about whether a prison can require a Muslim inmate to trim his beard for security reasons. As promised, it’s much more entertaining than audio Supreme Court arguments or artist’s sketches of the court in action.

It’s unclear whether any of the justices have seen the comedy clip, Reuters quotes court spokeswoman Kathy Arberg as saying.