Oscar's Best Picture-winning 'Spotlight' gets raves from everyone but lawyer 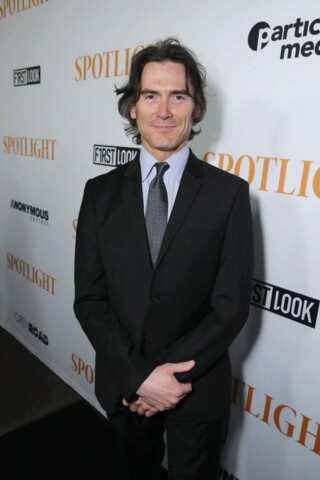 As you may have heard, the film “Spotlight” won the Best Picture Oscar at the 2016 Academy Awards this week. If you haven’t seen it, you should.

The movie shows journalists at their best: working to hold powerful Catholic church leaders accountable for covering up church sex-abuse scandals. It also gives voice to those who were abused and has been cathartic for many victims.

One complaint about the movie, however, has come from the legal profession. As one abuse victim asked in a commentary in The Boston Globe (the source of the original Spotlight stories), why did they make attorney Eric MacLeish a bad guy?

The writer then answers his own question:

I guess the answer is that he counseled clients to accept confidentiality agreements in an effort to get them the best settlements.

Blame the antiquated civil laws in Massachusetts, which protect institutions such as the church, but don’t blame MacLeish. (Boston Globe)

The issue is this: McLeish -- who is portrayed in the film by Billy Crudup -- won sizeable sums through a number of confidential settlements with the church. MacLeish has said the confidentiality restrictions were upsetting to him but were an “absolute condition” of the settlements. He has gone on record that he encouraged the newspaper to dig into the problem of sexually abusive priests.

Despite how he comes off in the film, MacLeish actually encourages people to see it because the subject matter is so important. But he still has reservations about how he’s portrayed.

“I understand the need of Hollywood to dramatize stories and create undesirable characters, particularly if they happen to be lawyers.” (Boston Globe)

Huseby hires only the very best reporters. Each reporter is screened before hiring to ensure his or her work meets the company’s high standards. When a reporter expresses interest in working for Huseby, an account executive follows a stringent reporter review process.

We have more than 4,000 conference room suites worldwide ready for you to use today.

The Academy Awards isn’t just a big night for the likes of Anne Hathaway, Ben Affleck and Ang Lee. Lawyers and other legal professionals get into the act as well.

If you were thinking about making your own Oscar statuette or renting a knockoff for your next Oscar party, you’re out of luck.

A company that made replicas of the golden statue handed to Academy Award winners has settled a lawsuit with the Academy of Motion Pictures Arts and Sciences, The Los Angeles Times reports.

The paper quoted David Quinto, partner in the law firm that represented the Academy, Quinn Emanuel Urquhart & Sullivan LLP, saying, “It dispels the notion that the term Oscar or the Oscar statuette are somehow in the public domain or free for anyone to use. They are not.”

The Oscar tradition of thanking lawyers along with family and others was carried on during last night’s awards show, this time by Ang Lee who won Best Director for “Life of Pi.”

That trend and others was noted by a Georgia Tech University graduate student who analyzed more than 200 speeches, according to The New Zealand Herald.

"Winners tend to start their speeches broadly by thanking the Academy or fellow nominees, then gradually make it more personal," the student told the Herald. "After reflecting on the win's significance, they typically thank their peers, colleagues and sometimes even their lawyer before mentioning family."

Lee took a slightly different approach and saved his lawyers for last: “Finally, my agent, Carin Sage and lawyer, Ira Schreck, and Joe Dapello, I have to do that. Especially for this movie, it's great to have your support.”

The line, “I have to do that” got a big laugh. Schreck and Dapello are partners is the New York entertainment law firm Schreck Rose Dapello Adams & Hurwitz.