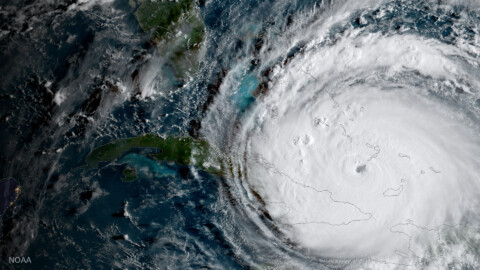 Huseby supports the legal community in many ways, not the least of which is through moral support during times like these.

Here’s a rundown of law firm-related news that we’re monitoring regarding the recent spate of Hurricanes.

• Miami’s Brickell Avenue, home to many of the city’s (and the state’s) premiere law firms, experienced significant flooding as a result of Irma. (Bloomberg Law)

Huseby’s Southwest regional center is located at this Houston address:

If you’d like additional help finding court reporting professionals in Houston, Florida or anywhere else in the U.S., call Huseby at 800-333-2082. As the national leader in court reporting and litigation support services, Huseby offers access to highly skilled and experienced court reporters where and when you need them.

Hurricane-slash-Superstorm Sandy wreaked havoc across large swaths of the United States, particularly New York and New Jersey, this past week. Among the disarray left in its wake is the court system.

But not all the news was bad.

New York bar groups have begun mobilizing pro bono assistance for those affected by the disaster according to the Connecticut Law Tribune.com.

In a conference call, representatives of several bar groups today discussed how to help victims of the storm and how firms whose offices were damaged by the storm can restore their practices. Read more.

The federal court in Manhattan has put criminal cases on hold, and a judge issued an order extending deadlines in pending criminal cases until Monday and deadlines for grand jury action until November 12, Reuters reported.

Working in a courthouse with no electricity, the judge said, "I actually came in thinking I could do some work." Read more.

Supremes work on despite storm

The U.S. Supreme Court kept keeping to its oral-argument schedule and heard cases through Wednesday, a court spokeswoman told the news media.

This despite the fact that the rest of Washington D.C. was shut down. Read more.

The U.S. District Court in lower Manhattan, has been closed for the week as a result of the storm, delaying jury selection in a Wall Street insider-trading trial, Bloomberg reports.

The New York court near Foley Square is operating on emergency generator power, and the district’s satellite courts in White Plains and Middletown, north of New York City, are open, the story reported. Read more.

The HMS Bounty, which sank off of the North Carolina coast, shown in Upper Ingleston, Greenock, Scotland in 2009. Photo courtesy Flickr Creative Commons.

The Coast Guard announced today it will conduct a formal investigation into the sinking of the HMS Bounty off the coast of North Carolina, the News & Observer reports.

According to the paper, the investigation will explore every aspect of the accident and will try to determine the cause of the accident; whether a failure of material or equipment was involved; and “if any misconduct, negligence, inattention to duty, or willful violation of the law on the part of any licensed or certified person contributed to the loss of life.” Read more.

You could become one. This website tells how, by following these steps:

Or, if you need a court reporter right now, you could just hire one.

Huseby employs a large group of the highest quality court reporters and videographers ready to work across the country -- including in Florida.

Our court reporters know the needs of our clients and often anticipate those needs. The result: trouble-free depositions and a high level of mutual trust and confidence from both sides.

Huseby reporters are used to covering the hard cases. Our schedulers make sure you have the right reporter for your depositions, and we work hard to keep our clients happy.

Click here to get more details, schedule a demonstration or to get started using HusebyConnect.

Florida has the third most court reporters employed by the state, according to courtreporteredu.org,

Florida is also fifth in the nation for its concentration of court reporter jobs in urban centers, the site says.

Also involved in court reporting in Florida is the Florida Court Reporters Association, a non-profit corporation that exists to advance shorthand verbatim reporting and foster integrity in the court reporting profession, while actively serving the public and judicial system of the State of Florida.