When it comes to technology, are courtrooms 'ignorant to the demands of the present?' 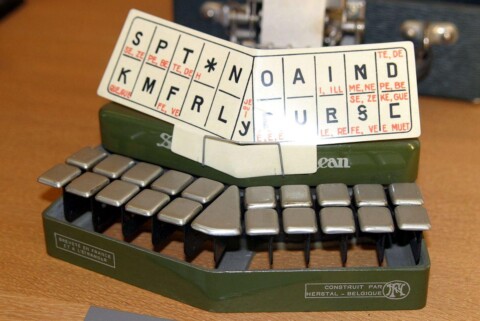 Here’s a story about a different kind of court reporter -- the kind who works for a newspaper.

But we think the issue at hand will relevant to legal professionals of all kinds.

It started when a court security officer threatened to kick a New York Times journalist out of a federal courtroom in Dallas for live tweeting a testimony being given by Facebook founder Mark Zuckerberg. (The New York Times)

Afterward, the reporter wrote a story about the experience and in in it surmised “that technology had outpaced many of the legal system’s rules on courtroom reporting.”

had circulated throughout the courthouse in Dallas and had informed a conversation there about policies regarding journalists’ use of more up-to-date technologies.

Many of those in the courthouse, as well as the Times reporter, concluded the rules involving the use of technology in the courtroom were fluid and “ignorant to the demands of the present.”

But after the incident between the security officer and the newspaper reporter, things might be changing. The reporter learned that in a later case, a judge had allowed the live tweeting of that particular trial.

This is where you come in.

Do you think courtroom rules are “ignorant” about technology in the courtroom? Do you think live tweeting a case is OK? Or do you think journalists ought to be limited to pen and paper when they’re covering a trial or hearing?

Is not allowing journalists to use their phones or computers to post to Twitter equivalent to not allowing stenographers to use the most modern, digital equipment to do their jobs?

Let us know what you think.

Issues of the day

Huseby continues to be deeply engaged in legal issues of the day. Through that engagement, Huseby can better serve all of your litigation support needs. Anywhere you need us in the U.S. or internationally, our schedulers are available and ready to assist.

Huseby also utilizes the latest in technology that is continually on the cutting edge, combined with our agency’s exceptional personal touch.

Huseby technology in Asheville and Boone, North Carolina, can save attorneys time and money

For attorneys looking to meet the needs of clients in Asheville and Boone in western North Carolina, Huseby offers many great services.

In addition to meeting the legal profession’s court reporting needs, Huseby helps attorneys respond to clients’ needs by developing the highest levels of technology based on those needs.

• the ability to connect locally and remotely to a live, real-time transcript feed,

• video and web conferencing around the world, and

• video-on-demand services for ease of use at trial.

You can find our Asheville and Boone, North Carolina offices by clicking the links or calling the numbers below:

Through the Web resource center, Huseby clients can view all of these resources on their desktops, iPads or other mobile devices including iPhone, Blackberry and Android. Huseby’s Web resources can save mobile attorneys time and money and can be used from offices in Asheville and Boone, from home, on a plane or anywhere else their devices go.

For more information on getting started with the Huseby Web resource center, call 1-800-333-2082.

Part 3 of 3: Trail presentation technology is key to reaching jurors in the social media age

This is the third of a three-part series on trial support services. Part one focused on the way social media is changing society. Part two addressed the changing age of the jury pool and how younger jurors’ social media habits affect the way they relate to trial presentations. Part three focuses on types and uses of technology in trial presentation.

Today’s jurors are used to sharing and creating. Huseby’s trial service technology allows attorneys to give jurors access to anything they ask for in just a couple of clicks.

Jurors remember best when they see things like images and graphic presentations. 3D animation lets the attorney take the juror into the place where his or her questions can be answered. In a case involving a mine, for example, Huseby can help create animation that shows exactly what would happen in a cave in.

Huseby can also work with attorneys to create timelines -- another preference of visual jurors -- including 3D timelines.

When today’s jurors want to learn about something, they often go to YouTube and Vimeo first. Likewise, Huseby can create interactive video clips of specific parts of depositions to highlight contradictions or points of emphasis, with scrolling text for extra emphasis. Certain passages of the video content can also be highlighted for extra impact.

The basic technology in a Huseby trial services courtroom includes a laptop, a backup laptop, an ELMO, a projector, a projection screen and external speakers. Think the jury would benefit from other, specific forms of technology? Flat panel screens, iPads and any additional technology can be added to meet a client's needs.

The presentation of evidence is more persuasive through the creative and strategic use of technology. Huseby can help attorneys present cases with clarity and impact. Find a location and schedule trials services here, or call 1-800-333-2082.